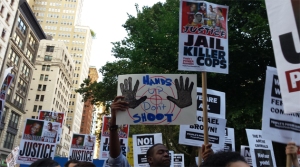 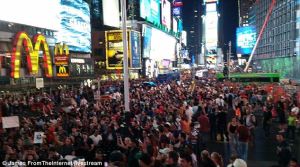 This summer and fall, our nation was rocked with issues regarding prejudice, discrimination, and policing in America. It was extremely telling and eye-opening to see different interpretations of black experience, cries against injustice, defense of the justice system, and the building of a movement. I am not particularly politically savy, but this situation hit a new tide that spilled over into daily experience.

I’m weary of how we can move forward. I do believe that proper consideration on both sides of the arguements of the Eric Garner and Michael Brown case tragedies should take place. Anger, claims of race baiting, and disunity are ills that we are facing. It was sad to see some of the outlandish things posted on Facebook that made the different experiences of whites and people of color quite apparent. There is so much judgement and personal belief included in this situation, which goes the same for the carrying out of the law by law enforcers and members of the justice system. We cannot stop questioning those who enforce the law, politicians, included because the law is not perfect and its rulings are carried out by people with their own personal judgements. This is something we seem to forget.

For those calling for change with perhaps the #BlackLivesMatter movement, it is important to state that the movement is not to be interpreted as only black lives need to be focused on or some other limiting interpretation, but rather its a call for the end of the discrimination and injustice that the black identity faces. It’s purpose is not to deny that all lives matter, as the genuine  principle behind a movement is to stand for all forms of oppression. Also, the negative comments towards Pharrell, Charles Barkley, and Common, who have suggested that they want to move away from the negative interpretation of being black in America is showing disunity rather than focusing on the end goal. By only focusing on our own experience and not trying to see others, even those of our same racial/social group is not productive. We cannot always agree and difference perspectives; thus disassociating from someone who has what you deem a ‘sellout’ perspective versus trying to see what notions of dominant culture led them to these perspectives is not helpful.  We should point out what is wrong, but work towards finding a strong movement with quality leadership that can somehow improve these issues that are built off systems and ideologies that were not necessarily intended for the inclusion of minority experience. I’m praying for Ferguson, New York, and all those peacefully calling for change, feeling oppressed, as well as those who are complacent and ignorant. 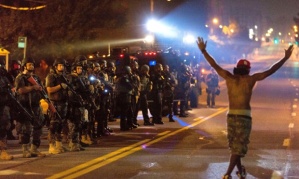 “Hands up, Don’t Shoot” has been the moniker and symbol of the movement. I took a course on social movements while all of this was unraveling. It was great to learn about social action simultaneously. 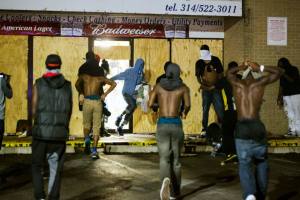 As usual with media firestorms, only certain images get a lot of visibility such as the looting in Ferguson. This was not descriptive of the peaceful protest also occurring in Ferguson and elsewhere. A sad conclusion becomes ‘the  hoodlums are reacting as expected’. In addition, that widely circulated picture of the crying African American boy with a ‘Hugs’ sign, embracing a cop, was everywhere. The image leads to the false conclusion that blacks and whites have come together, when in reality this is only the start. 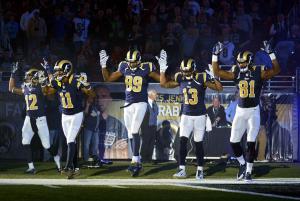 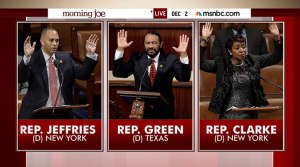 This image of the Saint Louis Rams was met with so much scrutiny from those who had been particularly silent on the issue. Comments were made that sports is not the place to make political statements as the Missouri Police Association called for disciplinary action. I’m glad the NFL did not punish the players. The reason being that social difference is in all realms of life and sports is not colorblind as many believe our American society functions. The display of the gesture in Washington was also critiqued. It is crazy that the symbol was connoted as offense and anti-law enforcement. This is especially because Prosecutor Bob McCollough discredited the circulating witness account of the Ferguson killing that stated Michael Brown did this gesture and hence the Prosecutor blames the public for perpetuating it. (the issues with his statement are too much for me to even attempt to dissect)

The only thing we know for sure is solution won’t be coming tomorrow.

On a slightly lighter note, I seemed to have midterms to prepare for or was away on the large nights of protest in NYC. One night when the march went from Time Square to Harlem, I got a text from momma that said “are you in the streets of NY?” I could not lol. She then proceeded to call me to ensure I was not involved in the protests that she feared could get out of hand. Gotta love momma. I really enjoyed seeing the videos and photos of my friends who participated. I love to see people making their voices heard.