Lawyer talking on Anderson
This Clip is from the other day when Trayvon’s family and lawyer Benjamin Crump ( repping Tallyho YES for him gettin on this high profile case i always see his large Park &Crump billboard in the Tallahassee airport) went on Anderson to discuss the case.

I attended the Million Hoodie March in Union Square! I love that so many exciting and passionate events take place two blocks from my dorm. Everyone was so united in their cause. I was able to feed off their energy. His parents and lawyer spoke right before I arrived. Occupy Wall Street had just had to resort to relocating to the park as well so Needless to say there were a lot of angry people at the man standing up for causes they believed in! I ended up getting interviewed by Liberation paper! People were crying, there were banners against capitalism occupying Wall street Justice, equality, all were waving in the sea of gathers. Everything surrounding this nightmare is so upsetting! Trayvon pleading for his life!, The convo with his female friend!, Zimmerman creating his own neighborhood watch in a gated community with a 9 millimeter on hand!, Pursing the young looking, non threatening looking boy “armed with skittles and an iced” skittles and an iced tea!!!! after police instructed him not to follow him, Geraldo Rivera saying the hoodie was as much to blame as the man that shot him ( I just heard reporter Rivera’s son came forward and said I am ashamed of my father’s comments!!), Zimmerman not being in custody, confusion with Florida law, “The Stand Your Ground Law” which I don’t see how it applies!!! everything!!! Justice must come!!! I was incredibly moved by Obama’s comment ” If I had a son, he would look like Trayvon Martin.” So true! Trayvon looked very young for his age and he was not large in size and looks more like his accusers complexion!!! Trayvon wore Hollister I don’t see anything threatening about a surf brand!!!
I feel a lot of things like this have been happening lately that are forcing masses to have to take notice and take a stand. People are getting angry. Jesus Take the Wheel!
My pics: 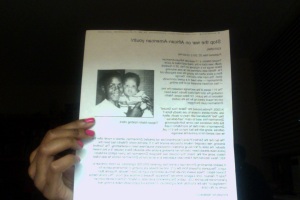 The flyer that was passed out at the Million Hoodie March
More Pics from the Event: 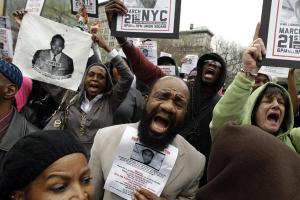 Such an amazing event!

Not quite sure what rally this is from but Rev Al Sharpton hears about injustice and does his quick pivot turn and is ready to raise his fist and passionately speak injustice ALWAYS! 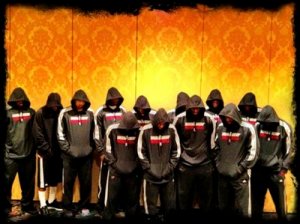 Love the support from the Miami Heat

I just signed the petition at change.org. I really believe that we as world citizens can start putting our efforts together and making a difference!

One thought on “Justice For Trayvon Martin!”