Black Friday this year was quite serious! People began their shopping at even 10pm this year in stores like Wal Mart! Then the usual 12am at Best Buy, malls, and target. The level of craziness reached all new heights this year! Probably one of the worst Black Frday Events ever took place in Wal Mart when a woman decided to pepper spray other costumers as Wal Mart employees unwrapped XBoxes! No Ma’am! She injured 20 people! and Eventually had to turn herself into authorities was that mess really worth the $199.96 half price deal?!!! She clearly gained her self more than that in legal fees!

That frazzled worker in the center must be thinking my $8 an hour doesn’t cover this mess!

Things turned violent in Oregon over $1.88 towels in the store as well a woman was pushed and turned around swinging! The same happened at another Wal Mart over $2.00 Waffle Irons! A grandpa in Arizona was injured by police in the Wal Mart madness after it was suspected he was stealing when he put the video game he wanted to purchase behind his belt as he assisted people up in the mayhem.In his defense its been said that its not legally considered stealing until the person leaves the store! So why was he attacked?!

Awful!!!
Another man was shot after he was jumped in the parking lot after leaving a sale and refusing to give the robbers his purchased merchandise! In Soho hundreds awaited outside Hollister’s flagship store on Houston Street at 12am even though the store had no intentions of opening til 10 am. Employees inside setting up were attempting to inform the awaiting customers outside they were not opening even though other Hollister stores were open. Shoppers were so outraged they broke down the door and stole clothing !!! Overall sales were up significantly this year! The most alarming of all of the madness was that less than 50% of the Black Friday Shoppers were shopping for others Christmas Gifts! Shame on you America for getting so crazy to get yourself gifts!!!

I went the Premiium Outlets in Orlando at midnight and then to Millennia Mall in the Morning!
Here are some pics I took playing around in the store 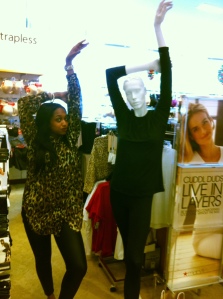 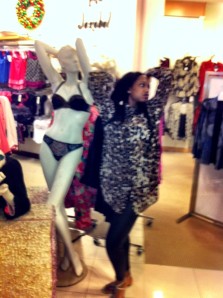 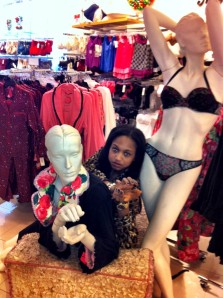